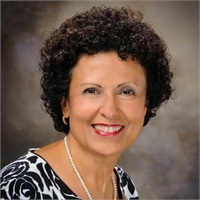 Antoinette began her tenure with the Harbin Agency in 2007. After graduating from St John’s University in New York with a degree in Accounting, Antoinette took the traditional route and began her career in public accounting. Deciding that this was not her calling, she moved to investment banking and spent six years building a successful career at Salomon Brothers while achieving an MBA in Finance at Pace University in New York. Antoinette retired from the workforce in 1987 as a Group Vice President to begin a family and spent 15 years as an at home mom.

During those years at home, her husband’s career took them first to Florida and then to Georgia in 2000 where they raised their 2 sons to adulthood. When her sons were finishing up middle school, Antoinette decided it was time to permanently rejoin the workforce. After dipping her toes into the insurance world by spending a few years at a small independent agency, Antoinette decided to accept a position as Office Manager with Harbin learning everything her predecessor could teach her before she retired. To assist with the accelerated learning, Antoinette obtained her Certified Insurance Counselor’s designation and became a licensed GA agent. As the Agency has grown, so have her responsibilities and she is currently the Chief Operating Officer.

Antoinette loves reading, gardening, being outdoors (preferably at the beach) and singing in her church choir. The best weekends are spent with family and friends, especially those that can be spent with her granddaughter!